Last month Rachel and I purchased a 2021 Sundance Film Festival Awards Pass so that we could watch all the category-winning films. The winners were announced last night, today Rachel and I took the day off from work to watch them, and I know you are all wondering which of these films you should try to see, so without further ado, here is my 2021 edition of NATE’S ANNUAL SUNDANCE FILM FESTIVAL REVIEW, listed in order from favorite to least favorite.

1. Summer of Soul, (...Or, When the Revolution Could Not Be Televised) – THUMBS UP!
This “Black Woodstock” documentary is mind-blowing, evocative, timely, and super cool. Questlove blends unseen concert footage of Nina Simone, BB King, Sly and the Family Stone, the Staple Singers, and more from the 1969 Harlem Cultural Festival with contextual footage of the era to show that while fashion and popular music may change over time, racism and systemic oppression have always been in vogue. Winner of the prestigious “Nate’s Favorite Film of Sundance” award. Recommended! 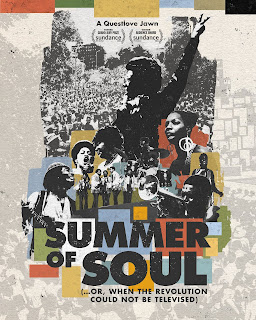 2. Coda – THUMBS UP!
A great Boston/Massachusetts film about finding escape through music and also about how tough the fishing industry can be. Glee and ASL fans rejoice! Proves yet again that music is fun and fishing stinks! Recommended! 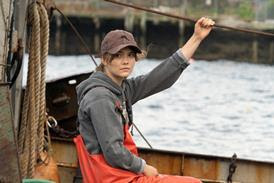 3. Luzzo – THUMBS UP!
Basically a Breaking Bad plot but set in Malta, condensed to a feature-length film, and with some colorful, old boats and social commentary on climate change and how tough the fishing industry can be. Proves yet again that crime pays and fishing stinks! Recommended! 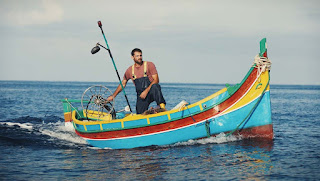 4. Hive – THUMBS UP!
Turns out, “hive” can mean multiple things—a bee hive, for which the main character maintains, as well as a hive of women, in this case an empowered group of widows in a small Kosovo village who break social norms and go into business for themselves. It’s also shorthand for “high five,” which I would give to anyone who said they also liked this film. Recommended! 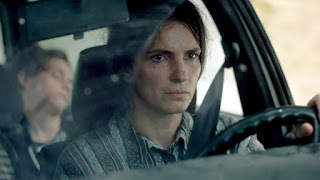 5. Flee – THUMBS UP!
Heartbreaking and tragic animated documentary about fleeing oppressive regimes in Afghanistan and Russia. Turns out, there are a lot of bad police (and people) out there, but this personal tale of escape and pride is also hopeful and inspiring. Recommended! 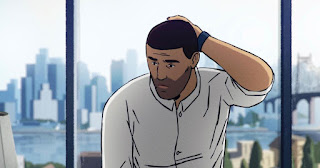 6. On the Count of Three – THUMBS UP!
Two friends who both want to kill themselves decide to live one final day. During the day they make some questionable decisions, the Fonz makes an appearance in a very unlikeable role, and the characters shed light on the nuances of suicidal tendencies. Near the end there is an OJ and AC-style police chase and something very dramatic happens. Recommended! 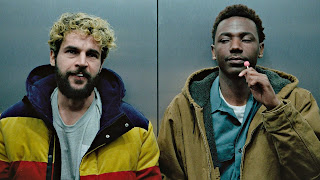 7. Cryptozoo – THUMBS DOWN!
Granted, I only watched the first twelve minutes of this “indescribable” animated film, but in that span a dude gets gored through the chest by a unicorn and his girlfriend repeatedly smashes the unicorn in the head with a rock until it dies. Not recommended! 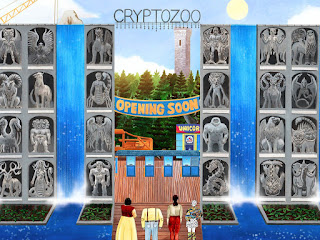 Posted by nathandgibson at 8:34 PM