Hey there, friends. So I finally made another podcast last night. I'm not likely to make another one for some time as I'm in full-time dissertation mode, but I thought maybe some friends would enjoy seeing the basement of my favorite record shop (all 78s) and hearing some of the fun hillbilly boogie, western swing, and guitar pickin 78s I found on my way home this week. This show's dedicated to Pop and with many thanks again to the fine folks at Kanesville Kollectibles. Check it out here: http://nathandgibson.podomatic.com/entry/2015-06-10T14_14_32-07_00 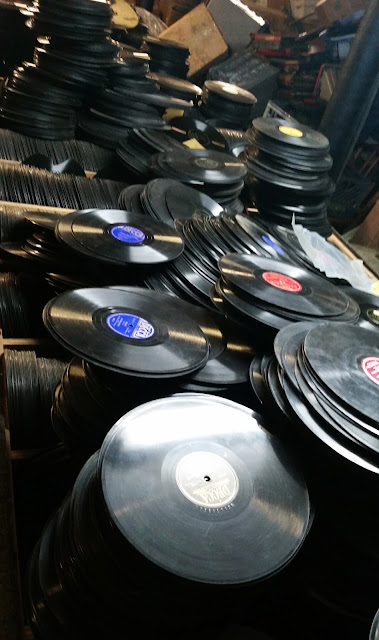 Last week I was again on the road between Lincoln, NE and Bloomington, IN. It’s a trip with which I’ve become quite familiar these past six years. This time I returned for my worst nightmare—my father’s memorial and celebration of life service. I was tabbed as a speaker at the service. I thought I could get through it, no problem. Turns out, it was a lot harder than I imagined. I did get through it and I did pay tribute to my pop the best I could, but it’s been a tough couple weeks to say the least. On the way home I drove my aunt to the Omaha airport. I then realized that I had left my new computer mouse back in Lincoln so I stopped at the nearest Salvation Army thrift store to find a replacement. Mission accomplished. As I was getting ready to get back on Highway 80, I realized that I was only a few blocks from my favorite record store. Perhaps saying “Hello” to my buddies at the shop and diggin’ up some new tunage could cheer me up, I thought.

What I had thought would be a 5-10 minute stop at Kanesville Kollectibles in Council Bluffs, Iowa turned out to be a couple hours. It is a never-ending treasure trove for vinyl lovers. Folks who read my blog (nathandgibson.blogspot.com) know how much I love this place, as I’ve posted about it several times before. In years past I had spent days exploring the first and second floors, but I’ve never really stopped in the basement for anything more than a photo op. When Tim, the owner, told me that they had begun filling the basement with more 45s, I decided to change my tune. After looking through a dozen or so boxes of 45s and finding nothing great, however, I got distracted by the towering stacks of 78s covering the entire basement. I decided to change my tune, or at least my format. 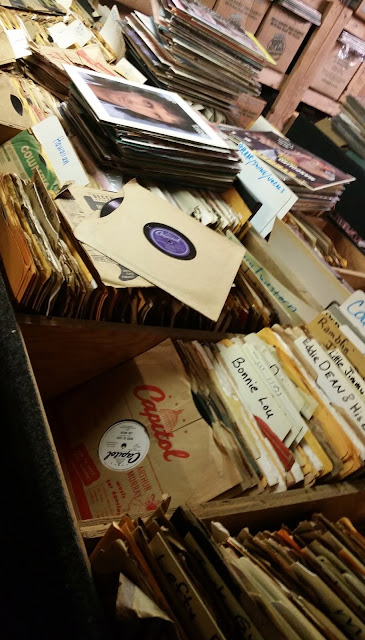 78s are clunky. They are fragile. They are often scratched, cracked, hissy, or worse… They are a beast to move or ship, and I don’t even have a proper shelf to store them on at home. I strongly dislike them as a format. They are, however, filled with GREAT music and most often cheaper than their 45 counterparts. So… I dug. In short time I discovered hundreds of fantastic hillbilly boogie, western swing, and guitar records—my favorite stuff! Most were $1 each. I think I paid $3 for one (Colorado Boogie), but I also paid less for some.

I have a number of friends who are into the same kind of music as I, so I thought maybe I would make a podcast and share some of my new finds with the masses. It turns out that this was a little harder than I expected. I don’t have a 78 cartridge for my turntable, and I’m not really sure how to properly clean 78s either. They’re not my bag. But the music most certainly is, even if it is a little scratchier that it could be had I used the proper equipment. 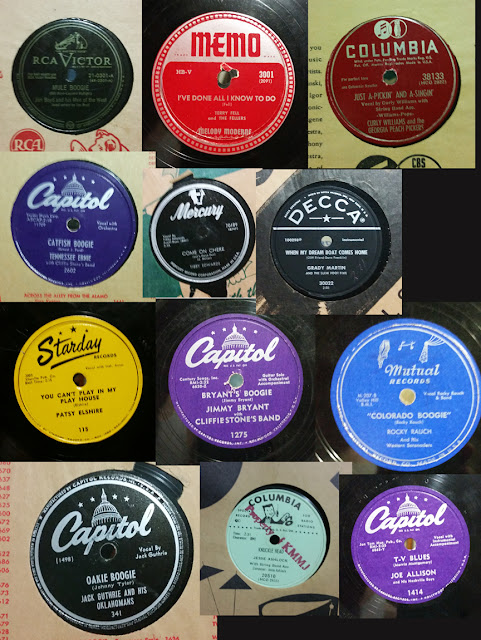 While I may never get over the recent loss of my pop, one of the things I loved most about him was his extremely positive attitude—he was one who loved life, who loved music, and who found immense joy in the small discoveries of everyday life (and he also loved a bargain!). I too try to always be positive and one of the ways I find my joy in everyday life is seeking out new music—as well as bargains! After checking out these tunes, I think you’ll agree that I found some goodies! And there was even a surprise gift in there which I’ll tell you about in the podcast (Thanks again, Tim!). I spent less than $20 total on every record in this hour-long episode and if you ask me, it was worth that alone just for the experience of finding a minty copy of “Oakie Boogie” in a dollar bin! Big thanks to Kanesville Kollectibles for all the great finds and friendship and thanks to Pop for showing me how to love life and love music. 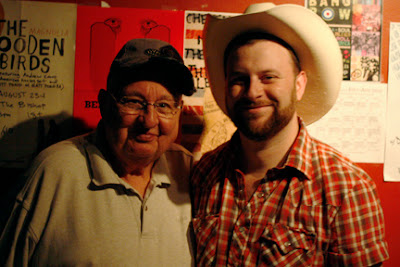