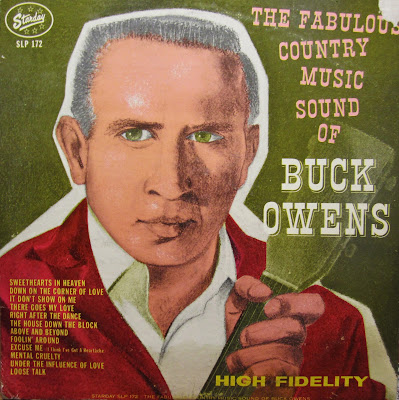 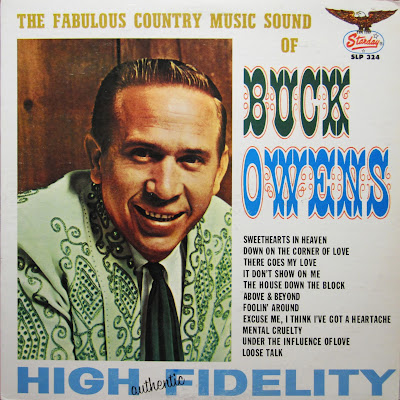 And even though only half or so of the songs on those future LPs (SLP 324, with two different covers, and SLP 446) were by Buck (the other were soundalikes by Tommy Hill, Eddie Wilson, and others at done at the Starday Sound Studio), he still came by the Starday Studios and picked up handfuls at a time to sell at his concerts. Apparently Capitol wouldn't supply Buck with his own LPs to sell at his shows, whereas Starday sold Buck (or any recording artist) Starday LPs for only a buck a piece. I guess it is for this reason that it is far more common to find an autographed Buck Owens Starday LP by the whole band than it is to find a Capitol LP signed by the band. I always thought it was somewhat odd that Buck was selling LPs at his shows with other people covering his hits, but I guess it makes sense... A buck is a buck. Cheers to all of you who kept your signed Buck Owens Starday LPs. And Happy Birthday to a legend!
Posted by nathandgibson at 10:05 AM