Country Boy Rock and Roll and a Rock-Boppin' Birthday Blowout

Well, it's been a fun week of music here in Bloomington, IN and it's going to continue on through the weekend. Early in the week our TV segment on The Weekly Special, produced by William Keuchenberg for WTIU, aired and it yielded some real fun YouTube videos. The first of which is our tribute to Rex Trailer, my late friend, mentor, and undergraduate advisor. Many New England fans know Rex from his highly successful television show Boomtown (1956-1974), but I met Rex as a student at Emerson College where Rex was then teaching. We became good friends, wrote and recorded a country music album together (the result being my first CD, on which Rex also sang with me on two songs-- the original version of "An Immaculate Confection (The Necco Song)" and "The Remote to the TV"), and my band even got to back Rex at many of his public appearances over the years. Unfortunately, I never could get Rex to play his TV hit "Hoofbeats" at any of his live shows. The original version, recorded and released on ABC-Paramount in 1956, included a 32-piece orchestra directed by Sid Feller and Rex felt like he wouldn't be able to match that epic sound with just a small combo. Well, I'm not sure I matched it either, but back in the mid-2000s Tony Savarino and I worked up an arrangement and I've been playing it in my sets ever since. Just this November I finally got a chance to go into the TV studios and make a recording of it with the current band: Jerry Miller (guitar), Mike Lee (upright bass), and Tim Moore (drums). 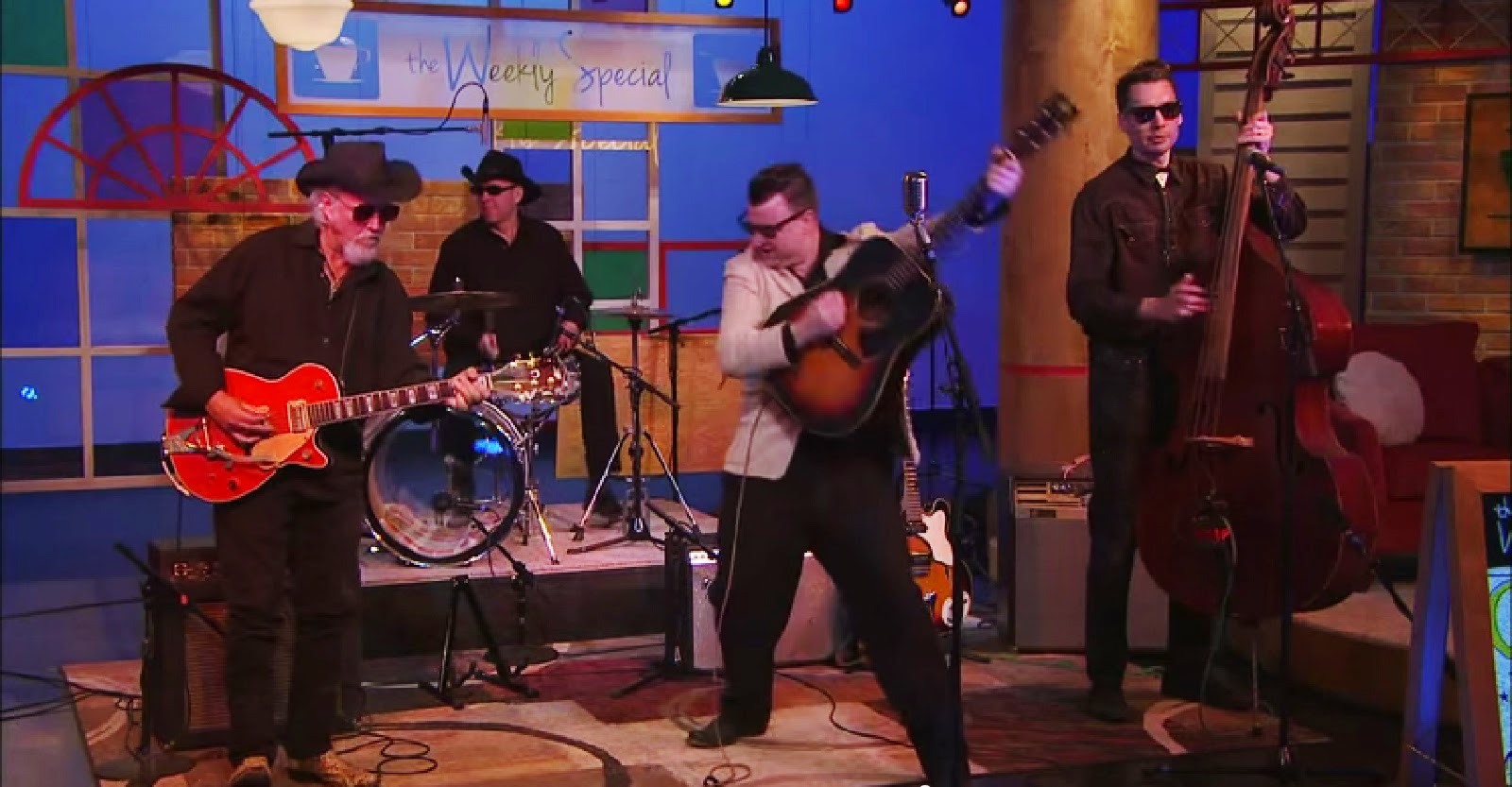 I always consider it a real privilege to share the stage with Jerry, and no show is complete without featuring Jerry's crazy-good guitar skills on an instrumental or two. With that in mind, here's another video of us pickin' through one of Jerry's original tunes, "Slaughter on Roosevelt Blvd." I'm told that more videos will be released in the coming days so STAY TUNED for that! 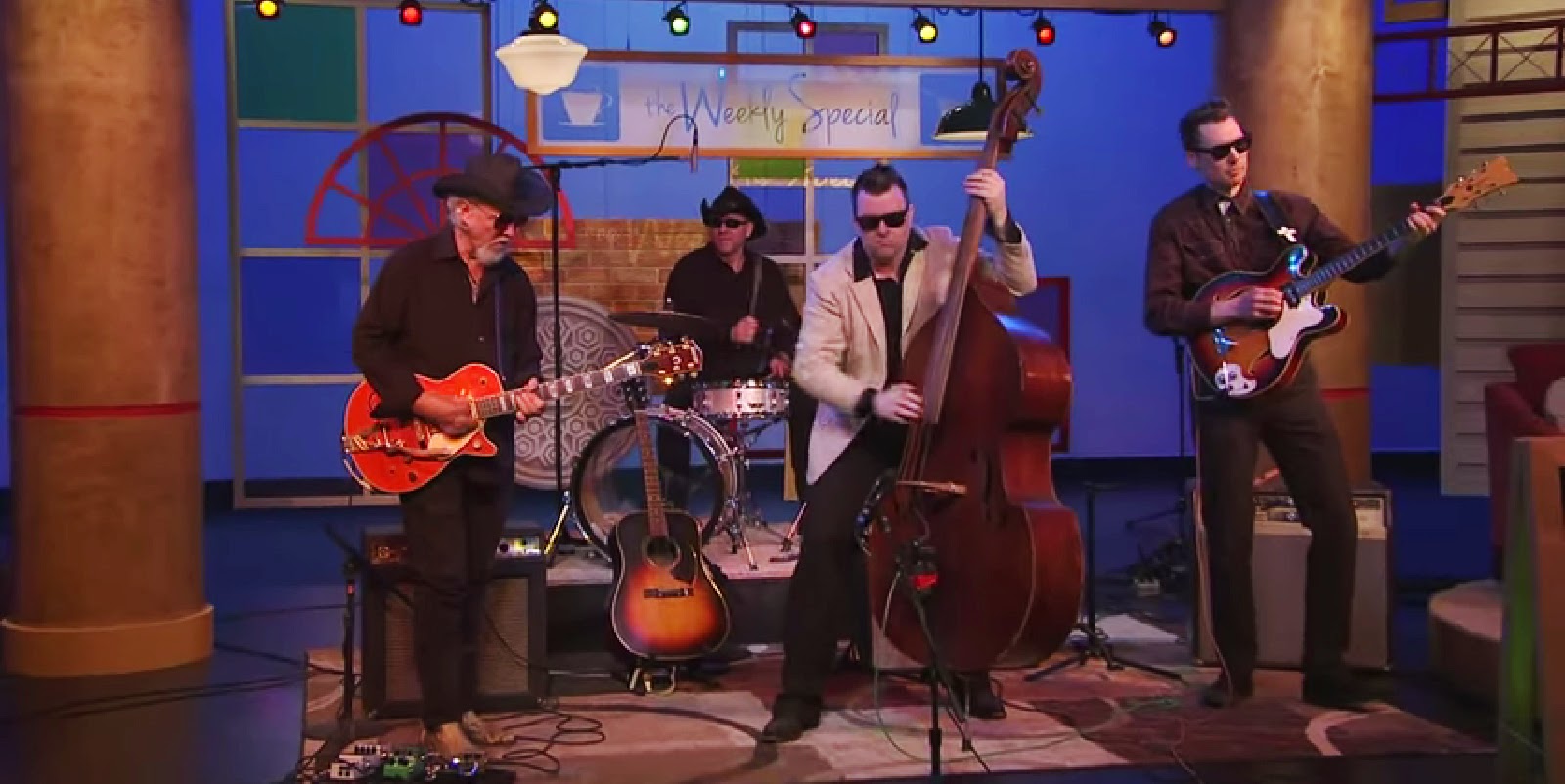 Last night we were also featured on local radio station WFHB's Local Live show and played a very enjoyable half hour set of country boy rock and roll which included both originals and tributes to Little Jimmy Dickens, Hoagy Carmichael, Herb Remington, the Virtues, and Leon Bass. Soon soon the entire show should be available for stream or download via the WFHB Local Live website: http://wfhb.org/music/locallive/

A lot of the late TV and radio promotion has been in anticipation of this Saturday's big birthday throwdown gig which we are sharing with Rockabilly Hall of Famer and 1950s Cherry Records recording artist Art Adams and the Art Adams Band as well as the U.S. debut performance of Al Backstrom (country music from and about Australia). It's both Al's and my own birthday party, it's also the WFHB show of the month for January, and WFHB's own DJ Angela Backstrom-- an expert on all things country music, local, and good-- will be spinning tunes before, after, and in between sets. We have moved the venue from the recently closed Max's Place (RIP Max's Place) to Serendipity Martini Bar and Restaurant and look forward to filling one of the nicest dance floors around tomorrow night! Doors at 9:30 pm, music starts at 10:00 pm, $5 cover, and pints of beer are as cheap as $2! Hope to see some friends out on the town! 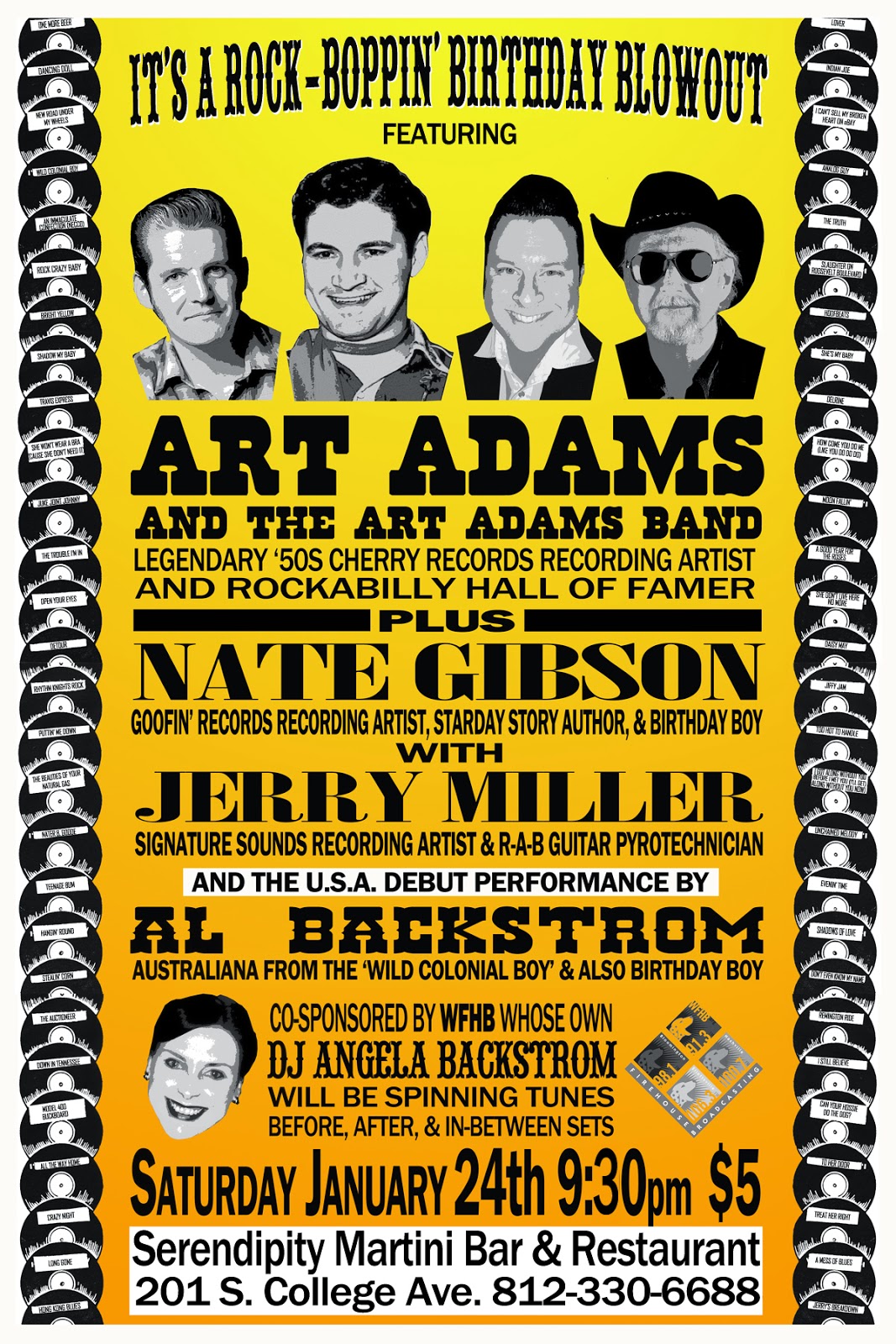 Posted by nathandgibson at 1:37 AM No comments: